I have just returned from the 2020 Ryder Cup ‘Year to Go’ event in Wisconsin, having been kindly invited by Ryder Cup Europe to be part of their official group in Kohler as AGW Chairman.

It was an extremely worthwhile exercise because the event at Whistling Straits will provide challenges that members attending next September need to be made aware of well in advance.

As those members who covered the US PGA Championships at Whistling Straits in 2004, 2010 and 2015 will testify, the severely undulating nature of the Pete Dye-designed course means it is one of the most difficult walking venues that you will ever come across. That being the case, appropriate footwear is a necessity for everyone. 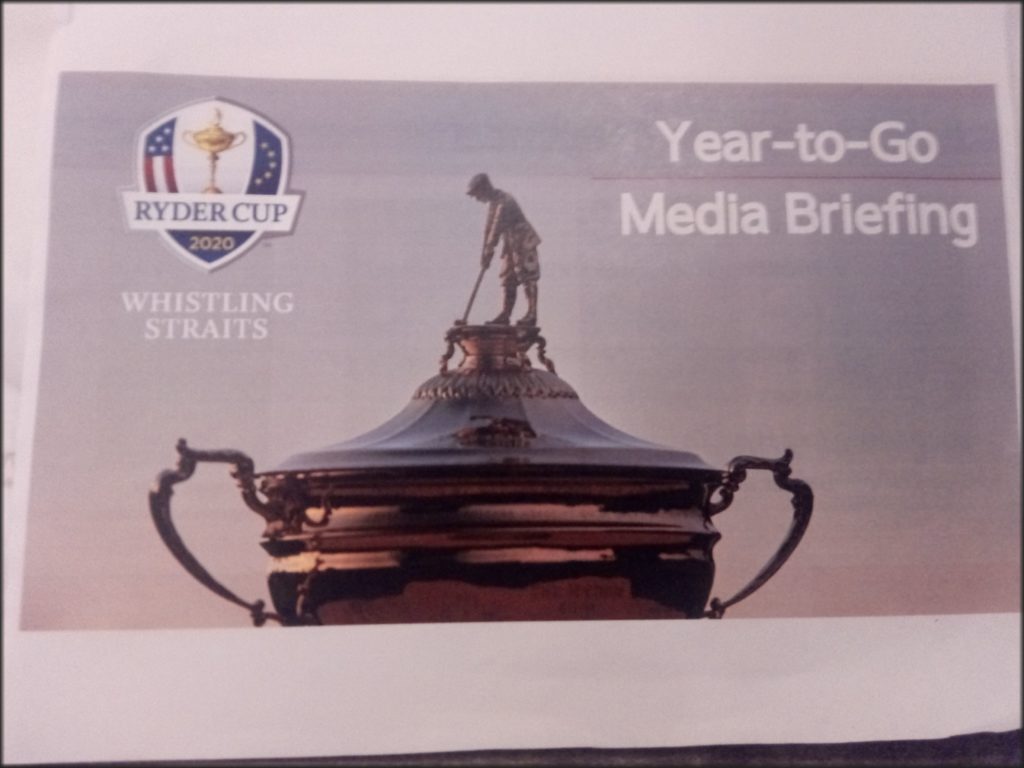 Due to Whistling Straits sitting on a two-mile stretch of the Lake Michigan shoreline, no less than TEN holes will have spectators on one side of the fairway only and that will also apply to media members with bibs inside the ropes, with the exception of partial access to both sides of the fifth hole.

Due to this unusual situation, the onus will be on members of the media more than ever to a) be aware in advance of going out on to the course of the designated routes at each hole and b) be conscious of the fact that spectators will almost certainly have been positioned at holes well in advance of games reaching there and don’t deserve to have their views blocked all of a sudden by media personnel.

With the latter in mind, Kerry Haigh, the PGA of America’s chief championship officer, has come up with a suggested rope route that includes specific viewing areas at the greens and I strongly supported a suggestion from Scott Crockett, the European Tour’s director of communications, that these area should be roped off to help media know where they can stand without blocking views from outside the ropes.

I can safely say that most golf writers do respect the paying public when they are out on the course, but, speaking from experience, that isn’t always the case with others and I have requested that the viewing aspect of this particular Ryder Cup, as well as the challenging terrain, is highlighted as part of the accreditation process. 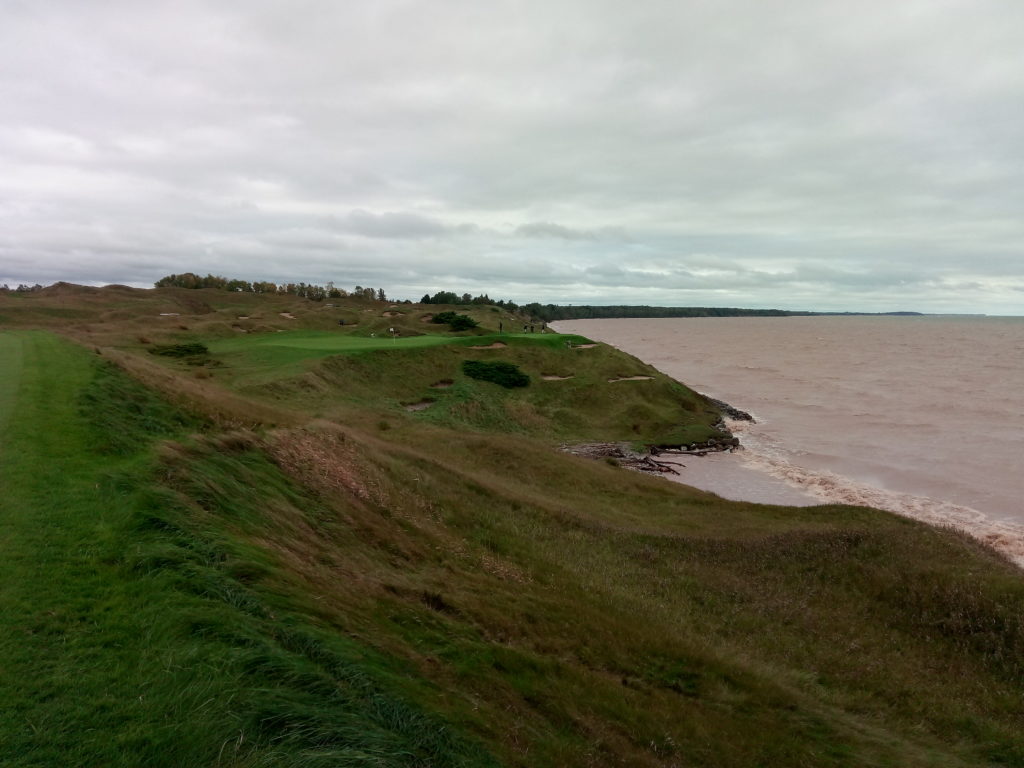 Online credential applications will be available in late May next year and the deadline will be in early August. Approximately 70 bibs will be in operation for media, of which 60 will be assigned to designated media, with the remaining 15 set to be “rotated” between other media.

There will be four media-only viewing platforms on the course – at the 1st tee (at the back of the grandstand as per Hazeltine in 2016), 15th, 17th and 9th/18th greens, which will be for use by non-bib media as well. 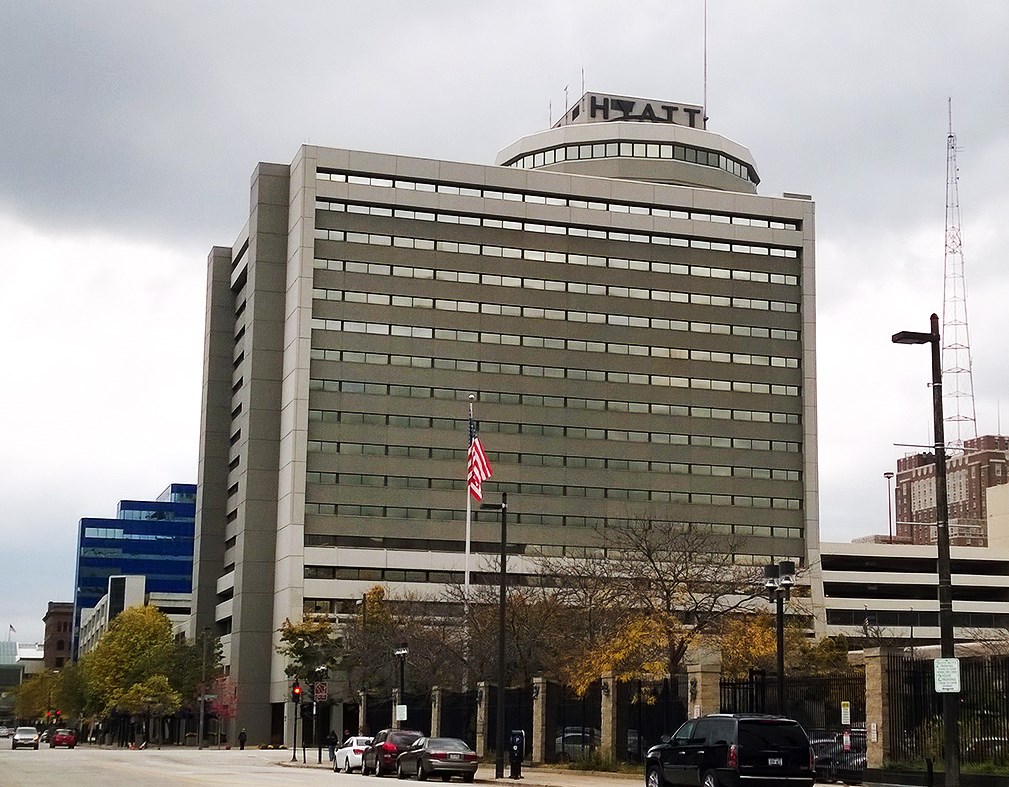 The Hyatt Regency Hotel in Milwaukee

The designated media hotel is the Hyatt Regency Milwaukee (see photograph) and I joined Julius Mason, the PGA of America’s Director of Communications, some members of his team and Ron Green Jnr, the President of the GWAA, on a visit there.

Located in downtown Milwaukee, it is a very nice hotel in a central location with a bar and restaurant in the lobby, where there will also be a Starbucks by the time the event comes around.

There are a number of restaurants and bars within walking distance of the hotel, as well as the ‘Bronze Fonz’, which, of course, depicts the main character in the 1970s television series Happy Days, while Milwaukee is also home to a Harley Davidson Museum.

Approximately 250 rooms have been set aside by the PGA of America at a rate of $199 per night before tax.

The journey time from the media hotel to Whistling Straits will be approximately an hour, with buses starting at 5am from Monday to Thursday then 4.30am on Friday and Saturday before returning to 5am on Sunday.

Shuttles will run every 30 minutes, the last one leaving the Media Centre to return to Milwaukee at 8pm (Monday), 10pm (Tuesday, Wednesday and Thursday) and 11pm (Friday, Saturday and Sunday).

For those looking at renting accommodation, Sheboygan is the nearest town to Whistling Straits, with a company called Rent Like A Champion having been recommended by the PGA of America and a house link will be provided with the media credential application.

I hope this report on this week’s fact-finding trip will be helpful to members planning to attend next September and I would like to finish by stressing that this will be a challenging Ryder Cup for us, both in terms of the physical element of walking around this particular course and also the potential problems with blocking views.