Martin Dempster is the new AGW Chairman with the formal handing over of duties to Martin taking place here in the Media Centre of the British Masters at Hillside.

Martin proudly moves into the role from the BBCs Iain Carter who served the AGW marvellously from 2016.

Martin, and the long-time golf correspondent for The Scotsman and Evening News, is the 16th AGW Chairman and the third Scottish-born Chairman since the Association was founded in 1938.

Iain signed-off as Chairman wishing Martin well in the role. 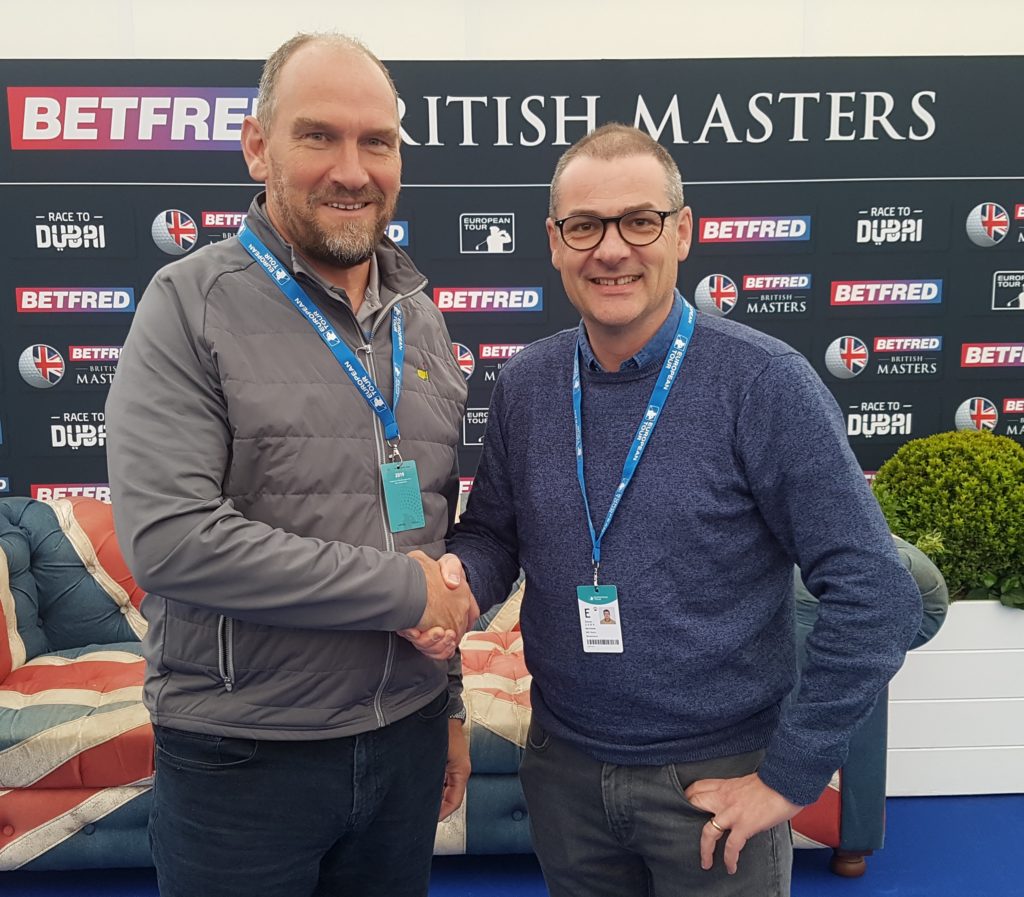 “Three years ago when I was appointed, I went into the role with a sense of dread but I have really enjoyed my role as Chairman”, said Iain.

“I feel very honoured to have done the job and I am delighted to be handing over the Chairmanship to Martin.”

Martin, and in chairing his first AGW Committee meeting, said he was also honoured to become Chairman.

“The job that you (Iain) have done has been fantastic and on behalf of the members I would like to thank you for that because you have been an outstanding Chairman”, said Martin.

“Ideally, you asked me a year ago if I would take-over, so I am naturally now very honoured to take-up the role. I feel a little bit like Sir Alex Ferguson who left Manchester United on such a high note.  So, I am the David Moyes (smiling).

“So, I can only hope that I can successfully follow in your footsteps, and clearly one of the first things Iain said to me when he asked me to take over as Chairman, was that Iain would be happy to continue to MC our annual dinner and the AGW is delighted Iain has kindly agreed to do that so thank you from everyone at the AGW”.

Secretary, Bernie McGuire added:  “The role of Secretary of the AGW was very new to me when I came on board just a year before Iain was  appointed Chairman but I have to say under his guidance and support I have very much found my footing, if I can use that phrase, so I am very thankful to him in this regard.

“As Iain grew in the role of Chairman so I did as Secretary.

“Iain can rightfully be proud of his work as Chairman having seen in his first year the biggest intake of new members since the AGW was founded and then last year leading the Association proudly through its 80th anniversary.

“His fantastic work at the AGW dinner has placed the Association on a pedestal that is clearly the envy of so many golfing bodies in attendance as our dinner guests.

“So, again thanks to Iain for his leadership, his support to me in my role and now his continued valued input on the committee”.