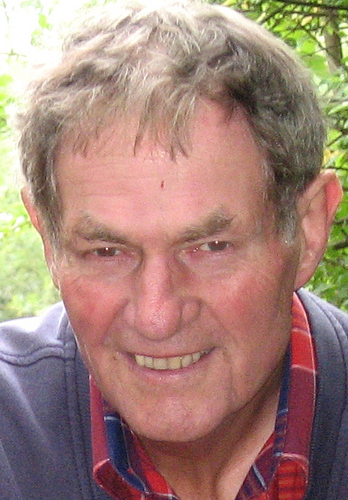 I loved getting to know Peter through the AGW Home Internationals and then enjoyed working with him when he was the South West correspondent for the English Club Golfer. My thoughts are with his family at this sad time.

Very sad reading that on top of my sister-in-law dying suddenly yesterday.  I have fond memories of time spent with Peter, a gentle man with a great heart.

So sorry to hear about Peter. We shared some good golf and decent wines on several tours of Portugal and Spain (and a couple of times in Bristol).  I remember him fondly and I remember reminding him that he was only five years younger than me!

So sad to get the news about my old running mate Peter. We first met nearly 40 years ago, covering golf together in the Western Region when he was at the Bristol Post and I was at the Bournemouth Echo. We spent many years trying to get the drop on Chris Smart and others.

My fondest memories of Peter are of the annual trips we made with provincial golf writers to Ireland, whisked around the country to play numerous courses, most of them legendary, and stay in epic locations. The craic was memorable, the Guinness delectable. We never stopped laughing. Writing about these visits was the easiest and most enjoyable job in the world.

Godsiff could certainly play a bit. He always seemed to be the man to beat on these wonderful weeks away and not for nothing was he called ‘Godspell’.

He became the AGW’s man in the West and revelled in his role. Meeting up with him at tournaments and society days, chewing the fat about Bournemouth and reminiscing about our Irish jaunts was always a great pleasure.

His relaxed outlook on life and droll humour defined a lovely man.

Please click on this link for Adrian’s tribute to Peter

So very sorry to learn of Peter’s death. We became friendly through golfing trips abroad with our wives long before, but it was in 2009 when we contracted throat/tonsil cancer at almost the same time that I got to know him closely.

We spent hours on the phone, discussing our treatments and our progress, helping and encouraging each other to combat that awful disease. Except that you are never the same again.

Being blessed with wonderful partners/carers in Margaret and Christa sped our recovery. Their love and devotion somehow got us through the 30 daily treatments of radiotherapy backed up by chemo.  He lost the sense of taste for a good while. I was luckier in that regard but cancer had the last laugh because for the past three years I have been nil by mouth after my swallow packed up, requiring me to feed and drink through a stomach peg.

But neither of us ever lost the lust for life. Somehow, we got back enough strength to play golf again and even win AGW trophies albeit off much higher handicaps.

We both loved winning and he would always wind me up about my handicap whenever I finished above him. But his bark was far worse than his bite and he was a true friend, always a pleasure to play golf with or chew the fat with despite all his grumbling!

I shall always cherish our time in the trenches together. Whether golf or illness,

Pete was a great battler and an inspiration.

So sorry to hear about Peter Godsiff.  I always enjoyed his company.  Condolences to his family and friends.

Both David (Birtill) and I spoke to him recently and we were both quite concerned and expected the worst which has, sadly, come to pass.

So sorry to learn of the passing of Peter Godsiff. I have happy recollections of playing alongside him at AGW golf days. He was a mean competitor. Not a pretty swing bot he cultivated a method that earned him several prizes. He had a dry wit and affability that always ensured a pleasant round.

And as former sports editors (I was at the Cambridge Evening News) we often compared notes about our respective Desks.

He will be missed, especially by his family to whom I send my sincere condolences.

So sad to hear of Peter’s passing. He was a good friend for many years although our paths hadn’t crossed since the Open a few years ago. We first met when Peter was a regular contributor to Golf Illustrated then Golf Weekly back in the 1980s and 1990s.

He was always good company and I rarely saw him without a smile on his face. I recall visiting his home outside Bristol and meeting him and his wife when I was on my way to an amateur event in Devon some years ago.

I can’t recall ever playing golf with Peter but knowing his work with his club, county and South West in general I’m sure it would have been rewarding.

I was so sorry to hear of the passing of Peter Godsiff.  Our careers went forward along almost identical lines, his in the West and mine in the East. We both covered our respective football teams (Bristol City and Ipswich Town) and used to meet up at least twice a year. We both had a spell as sports editors.

On retirement we both became Press officers for PGA West and PGA East and wrote golf for the local newspapers.

I last saw Peter when we were on a Press trip in Portugal and still have a photo of him getting out of a bunker at Monte Rei.

Not knowing Peter as long as most was no excuse as to how I always found Peter so welcoming and engaging.

There was never an occasion when our reporting paths crossed that Peter would not go out of his way to show genuine interest and friendship.  It is such a pity that in the glow of a double celebration of the AGWs 80th anniversary last year, and also the year of Peter’s own 80th birthday, he should fade so soon.

* Tributes posted in order of receipt.