Playing off a handicap of three, and the lowest among those who teed-up on the 10-times Open Championship venue, Dan collected 36 points to win by four points from Alistair Tait (32).

Six years ago, Dan collected a maiden AGW title in winning the 2013 Presidents Putter on the Jubilee course at St. Andrews. 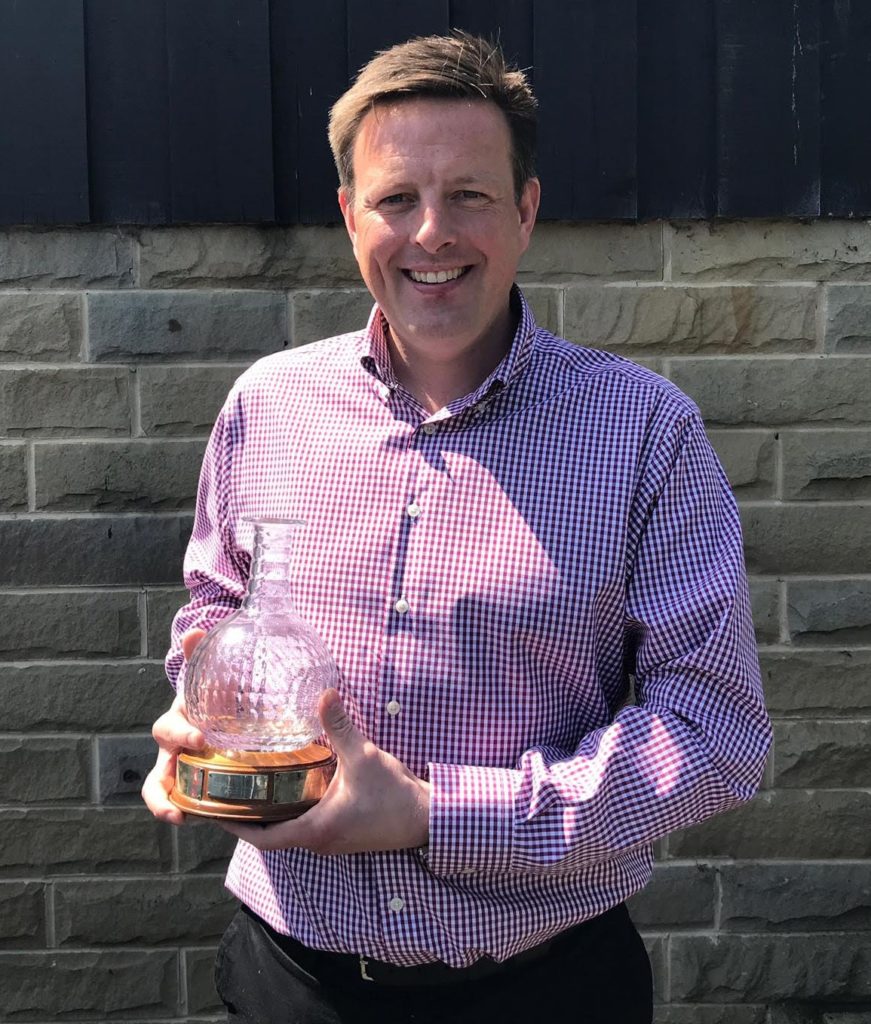 A superb afternoon greeted the 13 who teed-up at Royal Birkdale and while threatening dark clouds seem to circle the course, there was just a few spits of rain around the 14th and 15th holes.  In fact, many of those were back to just a short-sleeve shirt as conditions warmed-up.

And for those who had attended the 2017 Open, it was great on this occasion walking inside the ropes on a truly wonderful golf course.

Dan’s round was somewhat bizarre in that he ‘blobbed’ the first in, I understand, putting two balls into the direction of the maintenance shed before he regrouped to post 14 pars, two bogeys and a final hole birdie 4′.

Alistair, and playing off  a handicap of 12, will agree he spoilt his chance of fourth ‘Hogget’ finishing double-bogey at 15 and then four closing bogeys for an inward half of 13 Stableford points after going out with 19.

Martin Dempster, and two days before taking over as AGW Chairman, was third with 30 points in collecting 16 front-nine points but also spoiling his inward half in playing the three closing par-5s (15, 17 and 18) in six-over.

Royal Birkdale had gone out of their way to host the AGW and thank you to all those who made the effort to attend.